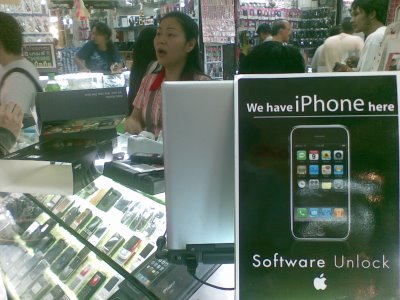 On a recent stroll through MBK’s 4th floor (the phone floor) you would think I was lying if I told you the iPhone HAD NOT launched in Thailand. The iPhone was everywhere. Every booth large and small is selling them for between 22-28,000 baht($650-750). Big signs are up promoting the phone in Thai language, Thai script is available for the keyboad, and there are just as many iPhone accessories as any other phone. One guy was loading the latest software, was offering the new 1.1.1 crack already (just a few days old) and could answer just about any question you had about one. 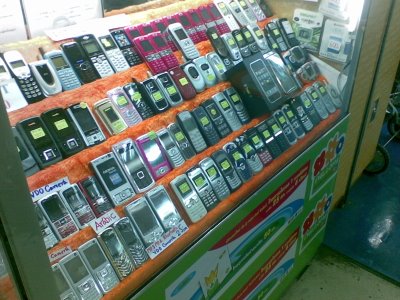 So Apple’s mistake? I guess it’s to be expected from an American centric company like Apple, but selling the 8gb iPhone in the USA for $399 (13,600 baht) is way to cheap. They should have skipped the deal with AT&T, skipped the whole attempt at locking the phone, and sold it world wide for $699. That’s what most of us are paying over here anyway for an unlocked version- except for now $300 of that goes to those that import, sell and unlock it. Unfortunately for Apple, Americans have been trained to expect subsidized phones and lengthy service plans. This is not the case in most of Europe and Asia. Here we buy a number, and buy a phone. Switch the phone when you want. Switch the number when you want. 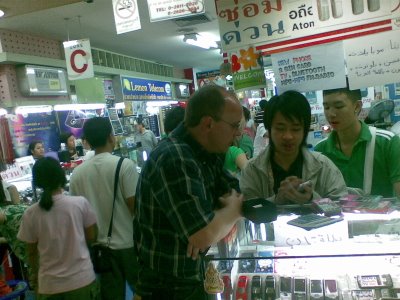