Fighting traffic in Bangkok is part of living here.  As a city with an ever growing car population, many people are looking to apps to save themselves from the long waits in cars.        First the app that has shown a bit of promis is BMA livetraffic.  But how does it compare with Google Maps traffic, iOS6 traffic and Waze?  Have a look: 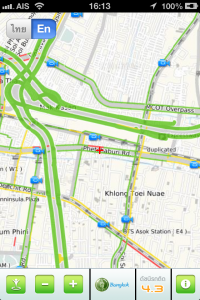 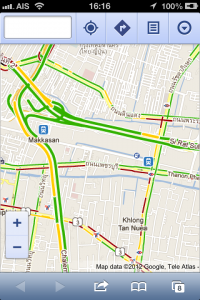 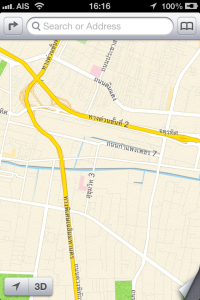 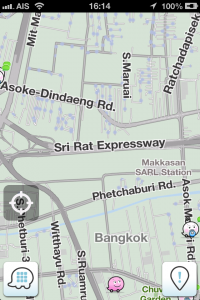 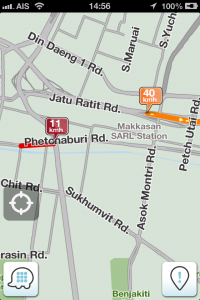 The first photo is BMA livetraffic, second is Google, third is iOS6 maps, and last is Waze.  Clearly Waze and iOS6 have a way to go to be of any use.  With enough users, Waze could become quite useful, as the data it uses is sent directly from your phone.  On the right you can see how it would look when it gets notices some drivers going slower than normal.

Apps that show no promise at all all are Traffy apps by true move and the Longdo app.  There are a few more in the app store, but most have rather low ratings.

So for the moment, Google still seems to offer the clearest traffic information.