The PAD are starting to piss me off 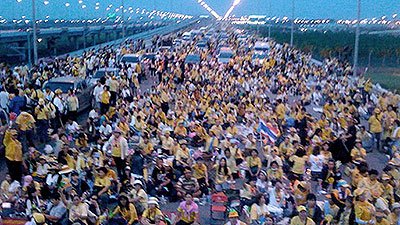 The People Against Democracy (PAD) have really messed up this time. Messing with the lively hood of the country? Basically withdrawing the rights of hundreds of thousands of others to make a living or function freely?

This ill-conceived disruption of one of the main roads leading to the country’s most important international airport will get the PAD nowhere in its claimed agenda of toppling the government or any nominees of former prime minister Thaksin Shinawatra, or making Thai politics less prone to manipulation by money barons.

In fact, this move will only further erode the rapidly dwindling public support, a hard-earned provision that the protesters badly need especially at this critical juncture of its campaign.

The damage to the PAD, however, cannot compare with that caused to the country. Suvarnabhumi airport is the main gateway to the Kingdom. More…